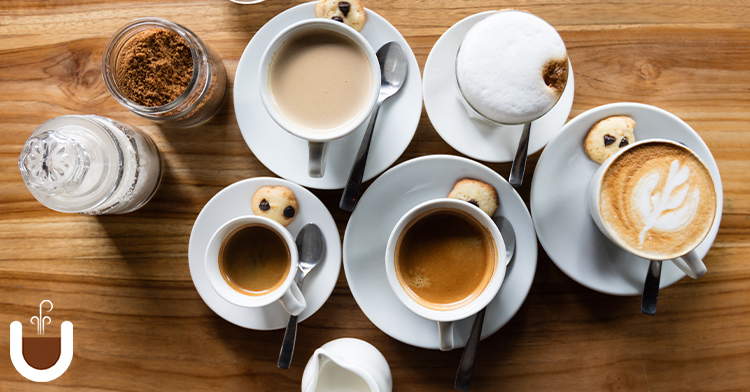 What do you really know about coffee? Well, the Buz Beans family would like to share a few awesome coffee facts with you.

Let’s be real here. There are a ton of people who cannot begin their day without a cup of their favorite coffee. In fact, they love coffee so much that they sometimes refer to themselves as “coffee addicts”. Here at Buz Beans, we understand the struggle all too well.

Thankfully, consuming your daily cup…or cups…of coffee isn’t exactly a bad habit per se. In fact, coffee is proven to be healthy. Your morning cup(s) of coffee provides you with more than just an energy boost! It’s also proven to protect against Type 2 diabetes and liver diseases. The magic of coffee also helps lower the risks of heart failure! Here are a few more interesting nuggets related to the brown beans that so many of us enjoy!

Going back in time, we’ve seen that coffee is not just a drink. It’s a means of social interaction and has been for a long time. In the past, people gathered together to share a cup of coffee and exchange information.

In North America and a lot of Western European countries, Starbucks and other major chains have dominated the market because they are providing the customers a complete experience around coffee. Coffee and friends, coffee and work, coffee and snacks, coffee to go! There’s the Irish mix with whiskey called “Irish Coffee”. In Italy, the invention of espresso and the espresso machine made it the favorite whole-day beverage of Italians. In Greece, there is the “kafenio”, an old fashioned coffee shop for old gentlemen, where they drink Greek coffee and exchange political ideas or they play cards and a board game called “tavli”. And in some countries, like Colombia or Brazil, the whole economy is based on coffee.

That makes us really curious to know more interesting facts about coffee as a commodity, as a beverage, and as a part of everyday culture.

1. Second in the world

Coffee is consumed in such great quantities, it is the world’s 2nd largest traded commodity, surpassed only by crude oil. It is our most beloved beverage after water. It’s worth well over $100 billion worldwide.

2. Hawaii is the only American state that grows coffee

Therefore, despite all the rich and diverse landscapes of the Continental United States, Hawaii is the only state suitable for growing coffee plants. It has been producing coffee even before it was a state. (Recently, though, farms in California did start growing coffee bushes!)

3. Coffee was discovered by a goat herder

It was said that coffee was discovered by a goat herder in Ethiopia in the 1500s. He saw his goats eating coffee cherries. Afterward, he observed a change in their behavior; they gained a high amount of energy and they didn’t sleep at night.  The herder shared his findings with local monks. After they made their own drink from coffee beans, they realized they could stay up all night and pray. Word spread to other Ethiopian monks and soon after reached all across the civilized world.

Brazil couldn’t afford to send its athletes to Los Angeles for the 1932 Olympics, so the government sent them in a ship full of coffee which was sold on the way to finance their trip.

Coffee was banned in Mecca in 1511, quite soon after its first appearance in Ethiopia. It was believed to stimulate radical thinking and idleness.

Coffee stays warm 20% longer when you add cream. You’ll have to ask a physicist about that one. We reckon it might have something to do with the principle that makes hot water more suitable for making ice cubes than cold water when you’re in a hurry to cool down your fresh beverage.

In ancient Arab culture, apparently still applicable in Saudi Arabia, a woman can allegedly find legal ‘grounds’ (get it?) for divorce if her husband fails to bring her fresh coffee in the morning.

The word espresso comes from Italian and means “expressed” or “forced out”. Espresso is made by forcing very hot water under high pressure through finely ground, compacted coffee.

9. Coffee is a fruit

Coffee beans grow on a bush. They are actually the pit of a berry, which makes them a fruit. There are two main varieties of beans: green and red. Red beans have a nicer smell and are less acidic. They are used to produce lighter coffees. The longer that coffee beans have been roasted, the healthier they are. Decaffeinated coffee comes from a chemical process where the caffeine is taken out of the beans. The caffeine is then often sold to Coca-Cola, a major buyer.

Beethoven was such an ardent coffee lover that he’d count 60 beans per cup before making his brew.

11. The most expensive coffee is made from cat poop

“Kopi Luwak” is the most expensive coffee in the world. It comes from Indonesia and is made from beans digested from the Asian Palm Civet. In other words, it comes from cat poop.  It sells for €350 and up per kilo!

12. A year drinking coffee or an iPhone X?

Americans on average spend $1,092 a year on coffee. That’s around $20 a week. That is also close to the price of the newest iPhone. Young people generally spend more on coffee than older people.

Fairtrade coffee costs more, but it goes a long way in improving conditions for farmers, and they spend at least 25% of that Fairtrade Premium to enhance productivity and quality. Over the last years, Fairtrade-certified coffee products have won lots of Great Taste Awards.

14. There are two types of coffee

Arabica coffee was originally cultivated on the Arabian Peninsula, hence the name. Robusta coffee is a more hardy plant but contains double the amount of caffeine.

According to the International Coffee Association, Europe imports more coffee than the USA. Also, Brazil is the lead exporting country in coffee.

Now that you know 16 awesome facts about coffee and its history, why not try one of the savory blends that we offer?

1 thought on “Coffee Facts: 16 Must Know Facts About Coffee”